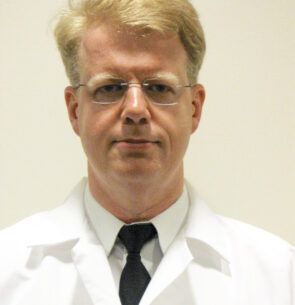 Dr. Benoit Desjardins is a reformed hacker from Canada, who pursued a career in medicine
followed by graduate studies in AI and Mathematics. An NIH funded investigator, he has been
working as a radiologist at the University of Michigan and at the University of Pennsylvania.
Dr. Desjardins has been involved in IT during his entire radiology career, playing key IT roles at
both his institutions. He regained his passion for hacking and cybersecurity after attending
DefCon. Since then he has completed formal certificates in cybersecurity, CEH and OSCP
(pending). He has been working closely with the cybersecurity team at Penn, to improve
cybersecurity in radiology, a field filled with vulnerable devices.

Outside work, he is a Black Belt at Tae Kwon Do, a ex Boy Scout Leader, a competitive
marksman and is learning to become a pilot.